At ONiT, we take a solution-based, consultative approach by asking specific questions and discovering the details of your painting project.

We have developed a streamlined and structured estimating process that not only allows for a quick but accurate estimate. By having a structured approach we can provide consistent and competitive pricing.

We never want to leave you guessing as to what comes next in your project. We have set up systems and processes to ensure that you get a high level of communication from throughout your entire experience with ONiT PAINTING

Busy life? We understand! Our scheduling coordinator will work with you to find a convenient option for scheduling your estimate and painting project.

As the saying goes “The proof is in the pudding” or in our case “the painting”. Check out our online reviews and you will see we are one of the highest reviewed and rated painting companies in Indianapolis, IN.

All paint may look the same in the can, but that is where the similarities end. High quality paints utilize better ingredients and less fillers which equates to a longer-lasting and beautiful paint job. ONiT partners with manufactures like Sherwin-Williams to make certain we are providing our customers the highest quality products available. 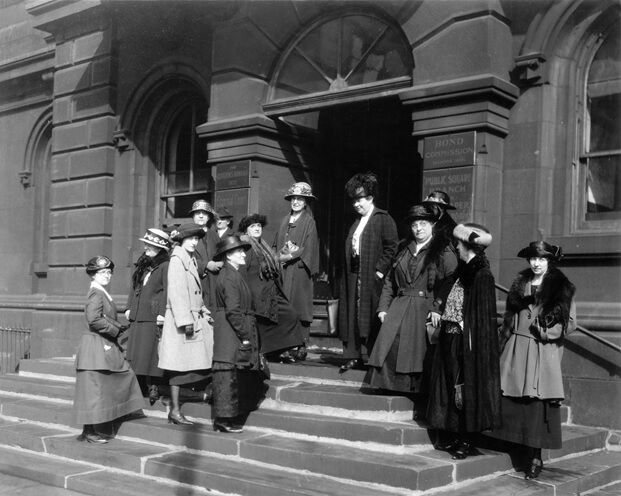 Belle Sherwin: How the Daughter of Sherwin-Williams made a Historic Impact on Women’s Rights 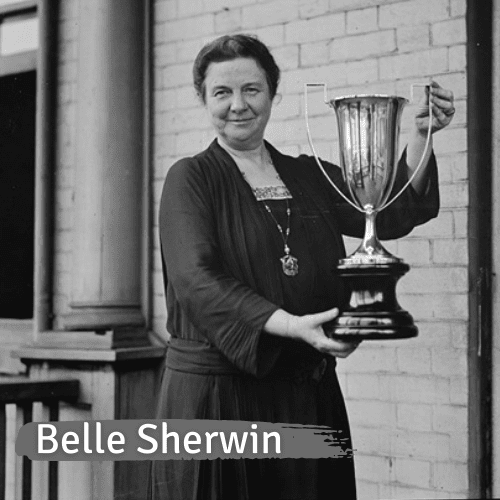 With March being Women’s History Month, we believed it to be fitting that we highlight the amazing life and career of Belle Sherwin. ONiT Painting has used Sherwin-Williams as a trusted vendor and partner since our establishment in 2015. Being the daughter of Sherwin-Williams, her connection to the painting industry makes her exceptionally interesting to us. As an activist, her impact on women’s rights makes her an important person to remember and honor this month.

Belle Sherwin was born in March 1868 in the city of Clevland. Her father, Henry Alden Sherwin, founded Sherwin-Williams Paint and Coating Manufacturing Company in 1866. She grew up in Cleveland and eventually received a Bachelor of Science from Wellesley College in 1890. It was here that her passion for women’s rights and civic work flourished. She returned to Clevland, after completing graduate work at Oxford University, where she would begin a career of historic activism. 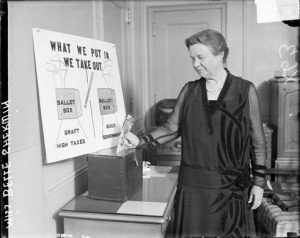 Before becoming heavily involved in women’s issues, she was most active in two organizations. The Clevland Consumers League, which she founded in 1900, and the Visiting Nurse’s Association. For which, she was a board member and committee chair until 1924, and would play a significant role in its attachment with Clevland’s public health system.

In 1916, Sherwin founded the Women’s City Club, beginning her long career in women’s rights activism. At this time in Clevland, there was a great deal of conflict between suffragettes and anti-suffrage women. She created the Women’s City Club as a nonpartisan group where women from both sides could discuss their points of view in a civil manner. Since the Clevland Men’s City Club was founded in 1912, Sherwin wanted a similar organization where women could discuss Clevland welfare, educate themselves in politics and encourage other women to do the same. 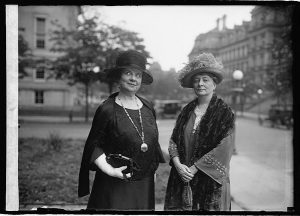 The League of Women Voters

Sherwin served as the first President of the Clevland League of Women Voters (LWV). The LWV was a group founded in April 1920 by leaders of the Women’s Suffrage Movement. They initially fought for the ratification of the Nineteenth Amendment. After this took place, their mission was to educate women on their new right to vote and encourage female engagement and representation in politics. Their motto was “Every Woman an Intelligent Voter”, which they still actively pursue today.

They also endorsed legislation protecting women’s rights. This included working conditions and wages, child welfare, and education. Additionally, the LWV lead a movement promoting world peace, which included the 1924 Women’s Council Peace Parade For the Prevention of Future Wars. Also in 1924, Sherwin would go on to serve as the President of the National LWV. She held this title for the following 10 years.

When first taking on this new role, she moved to Washington D.C. with the goal of increasing female voter turn-out, as it had been poor in the past election. She not only completed this, but during her time as President of the NLWV Sherwin crafted educational programs, committees, and ideals that are still used by the League ninety years later. She gained notoriety for her nonpartisan diplomacy, exceptional drive, and political intelligence. Sherwin is credited for turning the NLWV into the non-biased educational operation that it remains today. 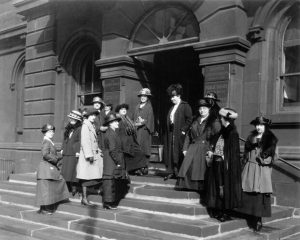 After ten years of serving as NLWV President, she turned her title over to Marguerite Milton Wells, a fellow suffragette and activist. She then accepted a position with the National Recovery Administration, which was established by Franklin D. Roosevelt in an attempt to combat the Great Depression. She returned to Cleveland in 1942. She never gave up her mission of education and activism, and she continued to participate in civic and social work until her death in 1955.